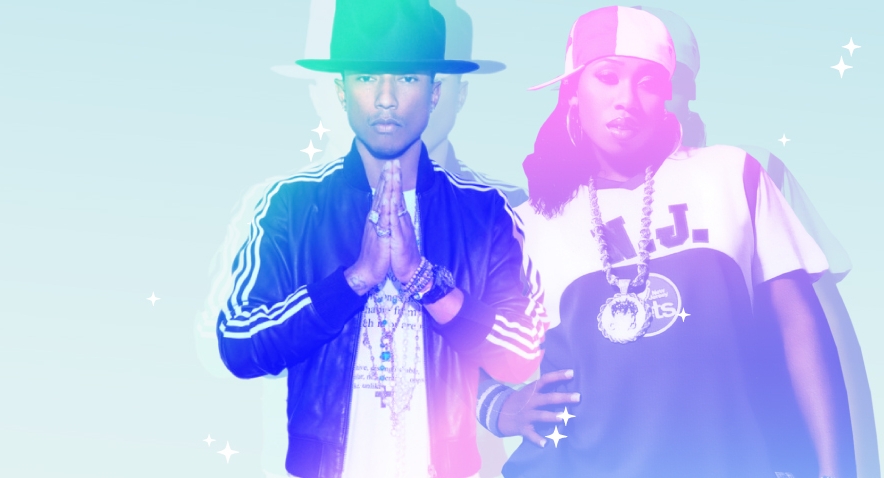 At Dance Party Experience, you often see us talk about iconic dance choreography or famous dance routines. And you might wonder what we mean? But we bet, whenever you guys hear “Thriller” begin to blast out of the speakers at a party, you know a few of the Thriller moves, or at least can recognise some of the choreography when an MJ fan starts busting it out. The same goes for the Spice Girls “Stop” choreography, Britney Slave 4 U, and loads more! Quite often, the choreography and dance routines are as instantly recognisable as the costumes the pop stars were wearing at the time. And it is these instantly recognisable dance moves, that we wanna teach you at your Dance Party… So you can fire up the dancefloor wherever you may be.

To offer you some hen party inspiration, and give you some hen party ideas, we’ve curated a list of our top 10 iconic dance moments of all time, which includes live stage performances and music videos, where some of dance’s most famous dance steps were premiered, and dance choreography history was made.

In fact, it was some of these very iconic dance moments listed, that inspired some of the Dance Parties we have created for you because who wouldn’t wanna learn a lil bit of dance history?

Back when Beyonce was a Destiny’s Child, a now-famous home video shows the girls going jogging, whilst singing… in heels!!! They wanted to be sure that when they hit the top, they were gonna be slaying vocals and dance in stunning shoes! We always knew that Beyonce could shut it down – but when the music video for Single Ladies dropped, dance history was made. When Bee didn’t win the Video Music Award, Kanye famously stormed the stage to proclaim “BEYONCE HAD THE BEST VIDEO OF ALL TIME” – and Kanye wasn’t lying. But Beyonce always likes to raise her own barre. So she danced the whole music video LIVE, at the American Music Awards!

As if it has been 20 years since The Spice Girls’ infamous Brit Awards performance. But what made this performance even HOTTER and SPICIER – was that Union Jack dress! Geri Halliwell stitched a union jack tea towel to a tiny black Gucci dress and one of pop music’s most iconic costume artifacts was created. It’s virtually impossible to attend a 90s party and NOT see a Union Jack Geri dress! The girls opened the show and premiered their new single “Who Do You Think You Are”.

The best bit about Spice Girl choreography, it’s equal parts bubble gum pop and sassy girl power. This Brit performance is no exception, cutesie pop moves mixed with naughty thrusts. You can have a cheeky taste of Spice in our 90’s Dance Experience. You can choose either our 90s Girl Band Mash Up featuring, TLC ‘No Scrubs’, Destiny’s Child ‘Bootylicious’ & Spice Girls ‘Who Do You Think You Are’ or the whole mega Spice Girl Mash Up including the hits Wannabe, Stop and Who Do You Think You Are – £10 says you already know the dance steps to STOP – hehe!

The King of Pop was all about revolutionising music. Michael Jackson invented the music video (cheers pal – we appreciate it), when he premiered the short film Thriller which accompanied his newest single. But it was at the 1995 Video Music Awards where he invented, ‘the mash-up medley’ – something all artists aspire to achieve – where you have so many eras, you perform a medley featuring hits from everyone. Michael performed ‘Billie Jean,’ ‘Smooth Criminal,’ and a crotch-thrusting danceathon to ‘Dangerous.’

I mean, even here at Dance Party – we give you the opportunity to learn choreography to a ‘mash-up medley’. You can learn our Michael Jackson Mashup which includes Bad, Beat It and Thriller, or – if you wanna really WOW the crowd, our Thriller Dance Experience teaches you those iconic zombie dance steps. This one works really well at a mixed party; for birthdays or team building events.

A few of our Dance Party Teachers have performed in Thriller Live – both in London’s WestEnd or on the UK tour where they brought that MJ magic to Bath, Bristol, Manchester, Liverpool, Birmingham, Edinburgh, Leeds and more! Another of our Teachers danced alongside Chris Brown when he paid tribute to the late King – and what better way, than a Michael Jackson Mash-Up Medley!

Speaking of artists who achieve mash-up medley status. Rihanna certainly put in all the work, work, work — when she performed not once, not twice, but four times at the Video Music Awards 2016. But our favourite was her Dancehall/Reggaetron Mash-up medley. She twerked and werked herself to “Work,” “Rude Boy and “What’s My Name” – it was this very performance which inspired the Rihanna DanceHall Mash Up Dance Party Experience – and you peeps are loving that island flavour.

Our Rihanna Dance Hall Mashup features those exact tracks! What’s even hotter! Some of our Dance Party Teachers grinded their booties with Rihanna when she performed WORK with Drake at the 2016 Brit Awards! So our team now how to make you Work ;-)

Bruno Mars – so much talent in one man! His soulful music, his angelic voice and his ferocious dance moves! For a while it felt like men just didn’t wanna dance anymore, but Mars bought dance smashing back to the stage. He’s not just good, he’s like Beyonce good!

Check out the man in action at the 2016 American Music Awards with a show-stopping performance of 24 Karat Magic! Bruno hails Michael Jackson as one of his greatest inspirations and yall can see the King’s influence! Book the Bruno Mars Dance Party Experience and learn some of the slick Uptown Funky Magic moves.

Every now and again, a music video hits the Telebox and you just know it’s gonna be iconic! Backstreet Boys’ 90s smash hit single Everybody, was one of those! It was Original, it was the only one and it was Sexual! What’s more? It was a parody of the 90s Horror film genre and even included a few nods to Michael Jackson’s Thriller – but it was that choreography that got ‘EVERYBODY’ excited – Sexy, Funky, Monster Moves with a 90s dance jiggy rhythm.

Our 90s Boy Band Mash Up Dance Party Experience features Backstreet Boys Everybody as well as Nsync POP and Take That Could It be Magic – so for some retro cool boyband bounces and grooves, book our 90s Boyband Dance Party NOW!

Missy Misdemeanour Elliot is the Queen of Hip Hop. Most importantly, she reigned through Hip-Hops golden era. Her beats were sick, her lyrics were dope and her music videos were FUH-REAKIE-DEAKIE! Missy merged the flyest dance moves, with theatrical performances and gave us some of the most iconic music videos and music video looks of all time!​ Like the Work It music video…

Every frame is a peep hole into Missy Elliott’s Hip-Hop meets Alice in Wonderland world. Empty playgrounds, colonialism references, the ghetto barbershop and a budget Prince… Check out the magic for yourself.

But if Missy is your Queen, book our Missy Elliot Mashup Dance Party Experience and learn some popping classic Missy moves to a medley of Lose Control, Work It and Get Your Freak On! So what you waiting for beeshes… get ya freak on already!

Britney Spears was the original teen sensation! This Micky Mouse Princess grew up to be a femme-fatale-lioness! Breaking onto the scene with her pig tail squeaky clean image, it wasn’t long before she was dirtying up her look and showing the world she was no longer a good-girl!

We always knew Britney was an AMAZING dancer, and boy did that girl love a dance break. But it was at the 2001 VMAs where Britney shred her teen skin and premiered as the sexy siren, complete with Python… ooh slinky! Britney performed the super sassy choreography from the Slave 4 U music video, choreographed by World super-choreographer Brian Friedman. The SLAVE 4 U dance moves are another excellent example of instantly recognisable dance choreography. We want all of you to experience performing this sensual and orgasmic choreo – so request our Britney Mashup Dance Party Experience and learn some fierce dance steps to Hit Me Baby One More Time, Slave 4 U and Toxic.

In the early 1990s – dance history was being made in downtown New York, the queers that were too queer, too different and too poor to party in the bars were creating their own nightlife… the Vogue Balls. Madonna… always fresh to spot the trend before it broke into the mainstream, penned the classic house-pop track VOGUE dedicated to the Queers of the VOGUE BALLs and the new dance craze!

MADONNA took VOGUE to the 1990 MTV Video Music Awards, category is: RENAISSANCE ROYALTY – and Madonna was serving some Marie Antoinette realness! Madonna bought the house down in true VOGUE style, slick costume and sick dancing. The performance crowned Madonna as the Queen of Pop… well if the dancing shoe fits ;-)

Pop history is littered with Madonna’s iconic dancing and hot looks – we’ll take you dancing through a Madonna memoir in the Madonna Dance Party Experience – where you’ll learn some of the Queen’s biggest hits from the 80s/90s era – Open Your Heart, Like A Virgin and VOGUE! Now don’t just stand there, let’s get to it, request Madonna, there’s nothing to it, Dance Party ;-)

Who didn’t go Ga-Ga for Lady GaGa? Towards the end of the Noughties, music was getting a little bit too acoustic-guitary. Indie Bands were killing off the teeny boppers and it felt like the pop-dance break days were over. But the dance gods sent us a new star with a clear message “JUST DANCE”. Lady Gaga was the ultimate pop star, she could sing like Freddie and perform like Madonna. She EXPLODED onto the scene and every day there was a new hot track and an awesome live stage performance.

In 2017 Lady GaGa was invited to perform at the Super Bowl Half Time Show and boy did she ROCK IT! Mother Monster’s catalogue includes 80s electro synths, hard dance house beats, pop hooks and stunning rock vocals. But it was GaGas mammoth dance routines that truly rocked the stage! Her cookie and quirky dance routines felt super spesh after years of sexy pop. What Lady Gaga performance sent you guys GaGa?

Take our word for it… nothing stuns the crowds like busting out iconic dance moves from history. So book now and let us teach you some of the hottest choreography the screen has ever seen!

Sorry, the comment form is closed at this time.